Life is rolling high gear now in Western Wyoming. We have the first fire of the season in the wood stove and September isn’t over yet. The month began with sweltering heat. So much so that I hunted with little enthusiasm the opening week during our annual family bowhunt gathering.  A few folks killed elk but were really having to hustle to preserve the meat. We process our own meat and I need decent cooling temperatures to do it right. I love big racks as much as any one but have always valued the meat most. Cool temps are here now, snow is in the high country and I am a week away from being unburdened and able to finally HUNT…

It seems a lifetime since my last update and truly a lot has transpired. Other than the first week I have spent 1 morning and 1 afternoon in the field. Earlier blogs mentioned the new house we are building. 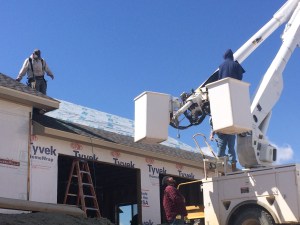 I planned as well as possible to have it done by August 1. For a variety of reasons that was extended. And extended. It is hard to find contractors in this area anyways. Add the late Spring and shortened work season and all available crafts are booked several weeks out. So my brother in law has picked up the slack and is pushing the project to completion. At a crucial part of the build the lead carpenter had to back out. At my wits end I called a high school buddy Jeff Hill from Milton, Fl who had been a carpenter since we graduated there in 1980. I explained my dilemma, by the next day he had arranged to come out for 2 weeks, and was stopping in Missouri to pick up our other classmate Mike Dyer. Mike is also an expert craftsman and was coming for the 2 weeks as well! I was ( and still am) floored to be blessed with such friends. May you all be Blessed to have such buddies. Those 2 weeks were a blast. We got the critical work done and had plenty of time in the evenings to catch up. It was great for the soul and truly the most fun I’d had since the Cancer diagnosis. 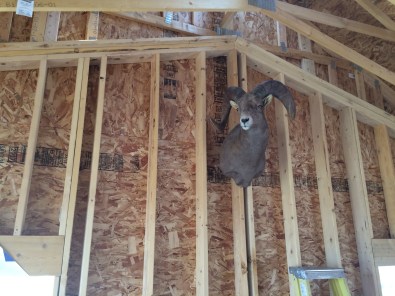 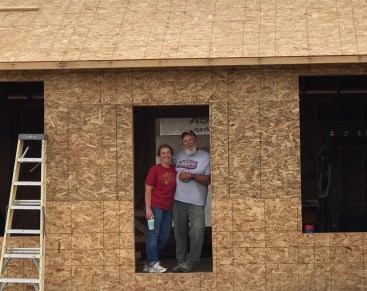 The house is now days away from completion and finally coming together nicely. The next blog post will show the great room all decorated with my lifetime of memories. All together in one place, a bucket list item checked off. Another hindrance to my September fun has been lingering issues from chemo. Lung nodules had to be treated with high dose steroids which waste your muscle and add fat. Not exactly what a high altitude mule deer hunter needs. Thankfully those dosages have been slowly tapered off and I feel strength returning. Though September is getting away from me I have a few days this week to take my bow out after elk and a deer rifle opener is coming up as well. I have rounded up a bit of new gear for the season and am anxious to test it out. Ill report back on what works well and doesn’t. 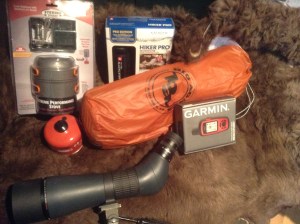 I’m sure you like myself have seen some big muley bucks on TMDH Facebook page and other social media that have been taken this year. Some are absolute hammers! The herds across the West suffered severe die off this year but obviously the older bucks who survived took advantage of the ample feed. I’m anxious to get out and look for one for myself 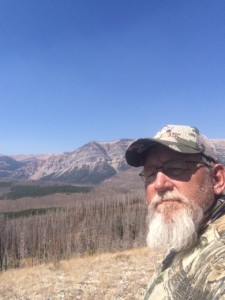