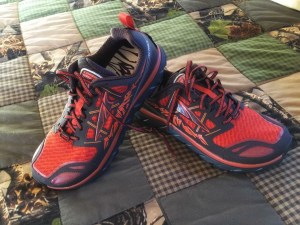 When running the trails, the Altra Lone Peak 3.0’s are my current “go-to” shoe.

Now that the decision has been made to return to Leadville in 2018 for an attempt at the sub 25 hour buckle, it is time to come up with a plan. For the past couple months I have been focused on building my weekly base mileage. I began somewhat slowly by putting in roughly 25 miles per week. I did this for several weeks and then bumped it up to around 30 miles. The week before last I finally broke 40 miles and just this last week, I managed to get in 52 miles. After taking six months off without running a single mile…..I am beginning to feel like a runner once again!!

This week I have been traveling for work in North Dakota and due to lengthy meetings each day, I only have about an hour each evening to devote to running but I make it a point to hit the treadmill every night for a short, quality run. Although I am not necessarily getting in the amount of miles I would like while traveling, I do plan to do a 20 mile trail run this Saturday once I return home to make up for it.

Although less than 10% of the participants in this age group have accomplished a sub 25 hour finish over the past three years, I am convinced that with proper training and many, many hours of dedication, I can accomplish this goal. 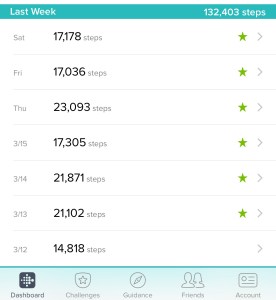 Cheryl had a very good week last week as well as she moves closer to her first race – the Leadville Heavy Half. She uses a FitBit to track her steps and racked up a total of 132,403 steps over the course of the week for an average of just under 19,000 steps per day. The majority of her hiking is done near our home and involves a good amount of vertical. She made a comment the other day about how much easier it is getting. The gains she has been seeing is acting as a great motivator for her. Super proud of her!

This week she has focused on increasing mileage and getting more aggressive on pace. Not only has the 4 to 5 ½ miles a day been a big goal for her, but dropping time when doing these miles has been a big focus as well. So far this week she has managed 109,000 steps with 2 days still to go. Osteoarthritis is not going to get in this girl’s way. Her goal is to hike/jog the Leadville Heavy Half in 5 hours or less. With 2 ½ months of training left, she is on track to achieve this goal!